What is the price to pay for mining lithium?

What is the price to pay for mining lithium?

Solar electric vehicles and battery-makers are leading companies toward a clean energy revolution. The industry has come closer to solving where to store energy and power cars without fossil fuels. Clean energy could help countries to rely on less carbon-intensive energy. But the production of batteries leaves environmental and human devastation in its wake. Industry leaders are beginning to grapple with the moral implications of the clean energy industry supported by the ugly truths of child labor, pollution, and child labor of those involved in the energy industry. The benefits of moving to green technology being outweighed, in some cases, said Stefan Sabo-Walsh, head of commodities research at Verisk Analytics. 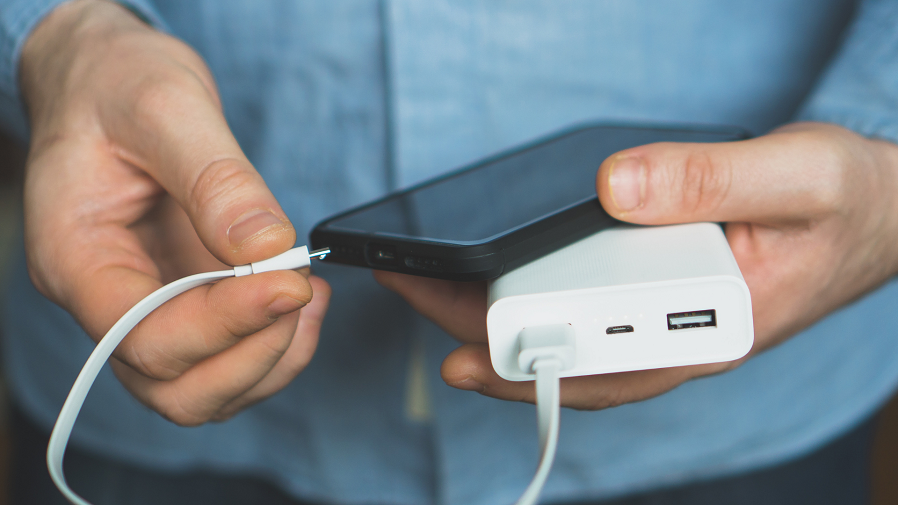 Battery-making capacity is set to double by 2021, according to Bloomberg New Energy Finance. Lithium-ion batteries are also expected to be 43 percent cheaper by that same year. The search for ethically mined lithium is likely only to increase demand and prices. Industry analysts say the price of lithium will remain high for the time being. Battery-makers are hungry for all of their lithium and are building operations worldwide to meet that demand. The market will move to oversupply at some point, says Wood Mackenzie-Whitehouse-Wholeside, a lithium expert on the lithium market, because of the number of projects lined up in the future.

Lithium production in South America has its fair share of controversy. Australia, Chile, and Bolivia dominate 80 to 90 percent of lithium-related production as lithium mines are huge in these countries.

In 2016, lithium production in Australia grew 16 percent, and lithium is shipped to China for processing. Indigenous people of Argentina and Bolivia have protested against the mining of lithium resources in their native areas. The so-called “green gold rush” has allowed lithium-ion battery producers to scale up production and keep plans for gigafactories in the pipeline. Still, it hasn't been so positive for indigenous communities. Protests emerged from various communities stating the harmful long-term effects of lithium mining on the environment.

According to Edmunds, a car-buying platform that serves nearly 20 million visitors each month, electric vehicle sales are expected to hit an all-time high in 2021. The projected retail sales are predicted to grow to 2.5% of all car sales in the U.S. from 1.9%. It’s looking to be a good year for electric cars sales, but not so good for the environment. The quest to create renewable energy can also be considered a double-edged sword. Environmental impacts have to be considered as companies extract the world's lithium for batteries, electric vehicles, power storage, and other solutions this mineral can supply.

Is there a way to find a sustainable source of lithium? 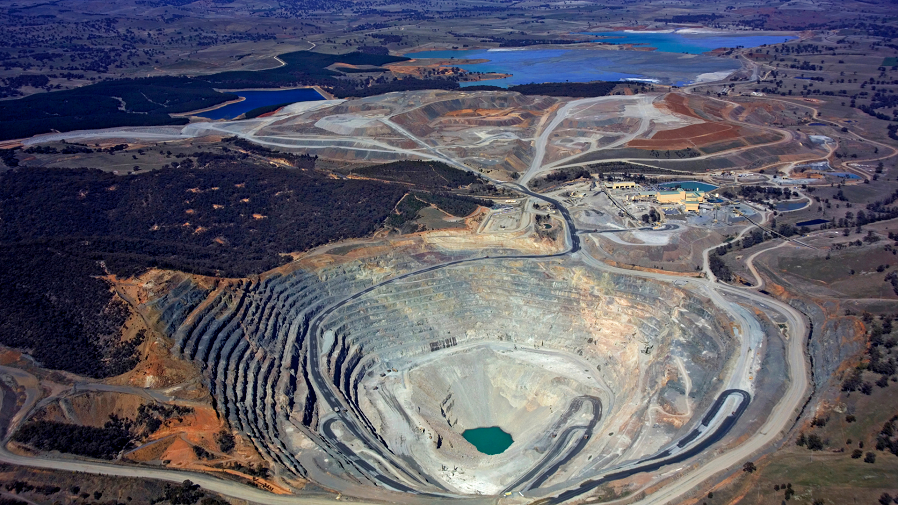 The search for converting to cleaner energy has its pitfalls, especially when it comes to the environment. Lithium extraction is particularly polluting. Hydrochloric Acid, a chemical used to process lithium to filter waste products, can also contaminate local water sources, soil, and air. This fact has caused communities living near mines in Chile and Argentina to hold protests against lithium mining, and clashes between these communities and miners aren’t unheard of.

Lithium is the main component in making lithium-ion batteries. Demand for this mineral is projected to increase over the years, considering the direction car companies are heading with the growing market for electric vehicles. Renewable energy is costly but necessary to prevent further disasters that humans have done in utilizing fossil fuels for so many years.

In May 2016, dead fish lined the streets of Tagong, a town on a Tibetan plateau. Hundreds of protestors took these fish from the Liqi River and threw them on the streets as a means of protest to show the government the adverse effects of lithium mining on their livelihoods. News of cow and yak carcasses have also been reported floating downstream because of drinking contaminated water.

In the Northeastern Mexican state of Sonora, desertification is becoming a huge problem. According to the World Resources Institute, that part of Mexico is experiencing “Extremely High Baseline Water Stress.” That means their population is already using more than 80% of their handy water supply.

Extracting lithium is a cheap and effective process but uses up a lot of water – approximately 500,000 gallons for each ton of lithium. Miners start by drilling a hole in the ground and pumping salt water to the surface. Then, they leave it to evaporate, thus creating a mixture of potassium, manganese, rax, and lithium salts. Next, the mixture is filtered and placed into a different evaporation pool. After 12 to 18 months, lithium carbonate is produced and ready for extraction. According to scientists, creating a more sustainable energy source is imperative if the planet is to survive. If we revert to new, more renewable energy sources, the chances of the environment bouncing back would significantly increase.

Do the Positive Outweigh the Negative Effects?

The negative impact of lithium mining on the environment becomes much clearer, the need for renewable energy becomes more urgent. According to two studies conducted by the U.S. Department of Energy’s (DOE), Energy Information Administration (EIA), and the Union of Concerned Scientists (UCS), if the U.S. got 10% of its electricity from renewable sources, there will be a reduction of pollution equal to taking 32 million cars off the road. Plus, there will be less smog, haze, mercury contamination, and acid rain.

Any mining activity leaves a big carbon footprint. In 2016 alone, the largest mining companies have CO2 emissions of 211.3 million metric tonnes. However, mining lithium is a powerful source of sustainable energy used for electric vehicles (EVs) and wind turbines. The paradox continues as manufacturing these three also produces an enormous carbon footprint, significantly adding to the global carbon debt.

Electric cars would pay back carbon emissions in less than two years of driving by around three times lower than a regular car.

A typical wind turbine would pay back carbon emissions by less than six months.

How do we meet supply and demand for future energy storage? 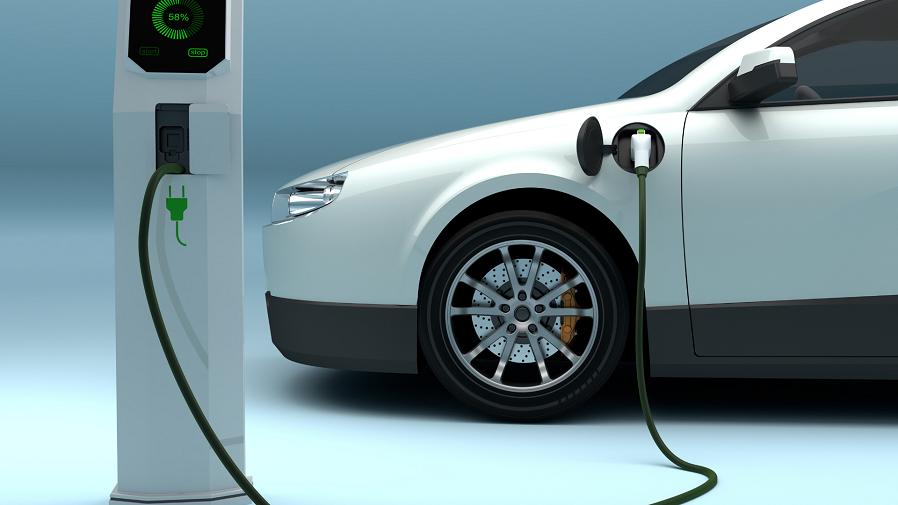 The use of fossil fuels is slowly killing our planet. Compared to the effects of the pollution caused by the burning of oil, gas, and coal, the production of lithium-ion batteries can be made more sustainable by doing certain things.

First, though it’s five times more expensive to repurpose lithium than to mine more stocks, it’s vital not to repeat the mistakes we made in fossil fuel utilization.

Second, repurposing lithium can decrease the need to mine more lithium and satisfy the demand for lithium-ion batteries.

Third, it’s imperative to develop a process that has a lesser carbon footprint. Like any other kind of mining, miners need to make sure the lithium extraction doesn’t impact the environment as much as it does now. For example, separate evaporation pools should be constructed to lessen the chances of contaminating the soil. Furthermore, air treatment plants should be built to keep the air unpolluted.

The transition to renewable energy should be done as quickly as possible. Unlike what some science fiction fans would like us to believe, we only have one planet. We need to take care of it for the benefit of future generations.

How did Semiconductors affect our way of living?

What are the digital trends for 2022?